By Bharath Ananthasubramaniam on January 20, 2020 in Clocks in the Spotlight 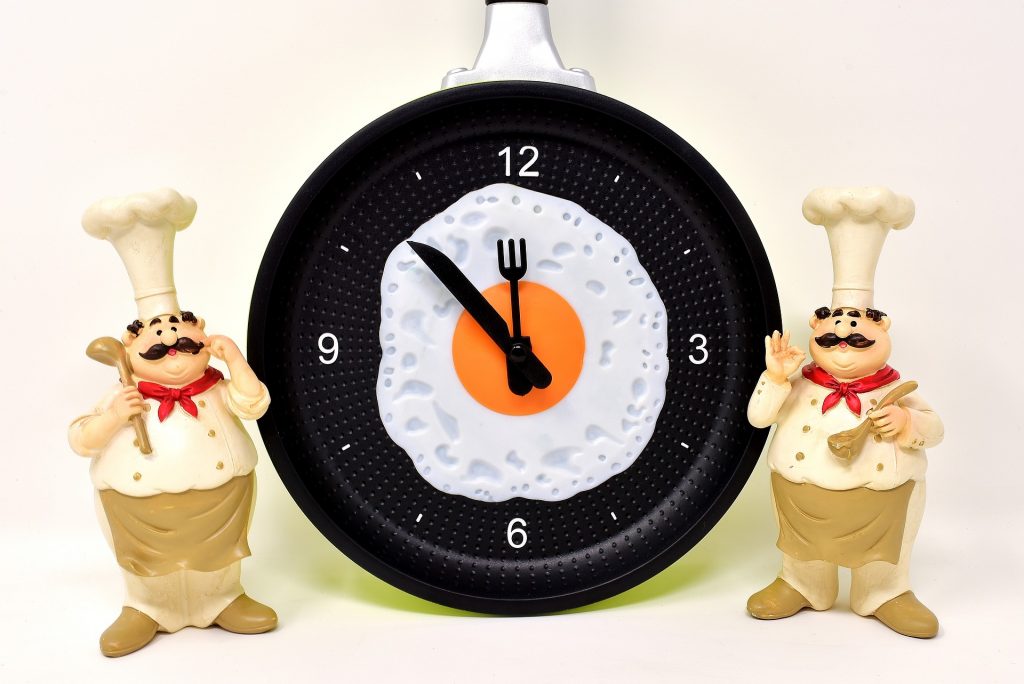 Feedback is everywhere. One can hardly escape a request for feedback nowadays — “Would you like to rate this app, our service, your teacher or the restroom you just used?”. In fact, a similar kind of feedback mechanism also makes our inner biological clocks tick. These inner clocks are responsible for scheduling different aspects of our physiology and behavior within a 24 hour day.

I enjoy cooking. Cooking on a stove shares many similarities with the workings of our inner clocks. When we cook, the implicit steps in a recipe are always the same. If the pot on the stovetop is not hot enough, then turn up the heat. Or, if it is too hot, then turn it down. This keeps the pot at the right temperature. By regularly opposing unwanted changes in temperature, we make use of ‘negative feedback’ control.

Our inner biological clocks also employ negative feedback control. The protagonists in our inner clocks are a set of ‘clock genes’. Genes are templates on DNA that are used to make protein molecules. Proteins perform many functions in a cell (for example, they make a cell grow, divide or die). Clock proteins have the unique ability to control their own numbers; they turn off their own production if they are in excess.

But, the process of making proteins that are ready to do their job is slow. This is similar to cooking on an electric stovetop: it takes several minutes to reach the temperature set on the knob. Fellow electric stove users will be familiar with this scene: In our haste, we might turn the heat way up resulting in an overheated pot. To prevent burning our food, we turn down the heat that leads, after a while, to a pot too cold to continue cooking in. Too hot, too cold, too hot, … The temperature swings back and forth. In the case of our inner clock, a clever choice of this delay produces a regular rhythm that takes not minutes, but about 24 hours to complete. Nature uses the tick-tock of a negative feedback with delay to tell time. So, while this delay is the bane of a cook, it is a boon to the clock.

The discovery of a clock gene and this ‘electric stove’ principle was first established in fruit flies in the 1990. It was this discovery that was awarded the Nobel Prize in Medicine in 2017. In the following decades, scientists found that the clock ticks more or less in this manner in most living organisms, including humans. The clock in humans and fruit flies differ only in their choice of proteins to “turn up” and “turn down” the “heat”. Clock proteins CLOCK and BMAL1 in mice (CLOCK and CYCLE in fruit flies) promote other clock proteins. But two of the proteins they help to produce, PER and CRY (PERIOD and TIMELESS in fruit flies), can limit the ability of CLOCK and BMAL1 to produce proteins. In so doing, they set up a negative feedback loop. (Notice the creative time-related names scientists have chosen for the proteins too).

In both fruit flies and humans, the clockwork drives rhythmic changes in the amount of clock proteins. The rhythm in clock proteins repeats nearly every 24 hours, and controls the production of many other proteins that are involved in metabolism, the immune system, hormone release, and cell division. In short, it is this intricate molecular feedback loop that controls the rhythmic nature of our physiology. As in our kitchens…

About the author: Bharath Ananthasubramaniam, PhD, works as a theoretical and computational biologist at the Charité Universitätsmedizin in Berlin, Germany. Visit his website or find him on twitter.