By Jake Choynowski on May 13, 2019 in Clocks in the Spotlight 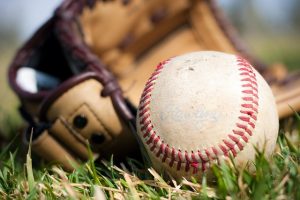 For many Americans, springtime means only one thing: Baseball! But not all teams are created equally. Sure talent can drive the likelihood of winning a World Series pennant. But, recent research in the field of circadian rhythms shows that some teams have a competitive edge based on their (a) time zone location; (b) how many games they play in the afternoon versus evening; and (c) and how much they travel across time zones. This is a burgeoning area of research that could provide baseball statisticians – a large underground community – with even more to geek out about.

Basics of Circadian Rhythms
On a basic level, the circadian timing system is the daily internal clock that regulates the timing of many biological processes important for human performance such as metabolism, body temperature, and hormone release. These intricately primed processes are what drives our bodies to feel alert during the day and sleepy at night. Circadian rhythms are also responsible for that rush of productivity in the morning and that post-lunch nap that so many of us want to take in the early afternoon. These highs and lows that are dictated by our circadian clock throughout the day can affect our mental processes as well as physical abilities, making baseball players more susceptible to strike outs and errors in play in the afternoon.

Circadian Advantage
The circadian “internal clock” keeps the body functioning at regular intervals, resetting approximately every 24 hours. When traveling across time zones this “approximation” holds especially true as the circadian clock is also incrementally acclimated. Conventional science suggests that the human body takes about 1 day to adjust for each new time zone change. For example, when traveling from the West Coast to the East Coast, your body will pass through 3 time zones causing you to feel like it’s dinner time when the clock on the wall says it’s bedtime. While your body will eventually adjust to the Eastern Time Zone, the intermittent period spent feeling “ahead” can put you at a “circadian advantage” as your peaks and lulls will be offset from those already acclimated to the East Coast time zone. This circadian advantage can benefit West Coast teams playing a night game on the East Coast.

Circadian Advantage and Playing Baseball
According to a study that retrospectively looked at a 10-year period of MLB team records, teams with the circadian advantage (approximately 20% of all games) won 52% of the time. More interestingly, the role circadian advantage played in a team’s win increased the larger the difference in circadian baseline: 51.7% for 1 hour differences, 51.8% for 2 hour differences, and 60.6% for 3 hour differences. Further, teams traveling from West to East had a higher odds of winning (53.0%) than teams traveling from East to West (50.9%).
While circadian advantage has been shown to give teams an “edge”, the science behind which particular athletic skill sets are still uncertain. Science has shown the peaks and lulls of your circadian cycle can have an effect on physical performance as well as mental abilities, such as decision making and concentration. Hyperbole may point to the latter as the great Yogi Berra once said, “Baseball is ninety percent mental and the other half is physical”.

Circadian Rhythm and Watching Baseball
Circadian rhythms do not only affect your favorite team, it also affects you, the fan! Staying up late to watch your favorite team play a game at 10:00 PM can work against your normal routine not only by delaying your bedtime (and the hours of sleep you receive that night) but also by delaying the onset of melatonin produced by your body due to the blue light from your television screen. Both of these factors (not to mention the outcome of your game) could affect your mood in the morning and may result in grogginess throughout the day.