By Alexandra Wharton on October 4, 2020 in Clocks in the Spotlight, Patient Stories

This is the first blog post in a new series on Patient Stories. These posts present first person accounts of those suffering from circadian rhythm-related disorders. 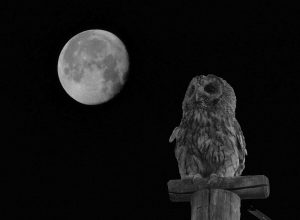 As daylight fades, my brain and body start to wake up, and by the time it’s dark out, I’m feeling my best – physically and mentally. From reading to exercising to socializing, I do everything smarter, faster and better in the afternoon or later.

Regardless of how tired I am during the day, or how little sleep I got the night before, I can’t naturally fall asleep until the sun is close to rising. On a perfect day, I wake around noon, eat lunch at 2 pm, work out at 6 pm, eat dinner at 9 pm and socialize after 11 pm when I’m happiest and most relaxed.

Unfortunately, this is a 4-hour lag from what society considers “normal.”  Despite massive shifts in the way we work, the 8-to-5 work schedule continues to be the norm. I’ve spent most of my life trying to fit my atypical sleep-wake cycles into a schedule that was devised, hundreds of years ago, to maximize hours for farming. Today, only 1.3% of the U.S. population is involved in agriculture.

By the time I was in 3rd grade, it was clear I wasn’t going to be a “morning person.” My sleep onset time was late and I lay awake for hours after “bedtime” – making it to school on time because it didn’t start until 9 am.

Things got worse when I reached puberty. I couldn’t fall asleep before 3 am and I had to catch the bus at 7 am as middle school started at 7:30 am. Just as my internal body clock was shifting even later during adolescence (which is typical of all mammals), school started an hour and a half earlier.

Sleep deprivation is a form of torture, which is only made worse by constant criticism from parents, teachers and friends who echoed the same piece of advice: “Why don’t you just go to bed earlier?”

Not only did I feel sleep deprived, but I also felt like a loser. After all, sleep is a subconscious behavior – how could I fail at that? To this day, physicians still tell us that adjusting our sleep patterns is just a matter of willpower and self-discipline.

During my sophomore year of college, I switched all of my classes to the afternoon and evening and effortlessly transitioned into a semi-nocturnal being. Life was good. I still believed that once I got a job in “the real world,” I would get into a routine and conform to regular hours.

When I did get a “real job” after college, my mind and body didn’t adapt to the new hours. To “fix it,” I kept a stricter and stricter schedule, waking at the same time every day – even on the weekends; restricted alcohol, caffeine and eating in the evening; exercised at certain times; and attempted chronotherapy (its efficacy on DSPDers like me is still unclear). But NOTHING worked.

By the time I was 25, I had sought help from a range of physicians (neurologist, pulmonologist, psychiatrist) – all of whom misdiagnosed my delayed sleep as “insomnia.”

The bright light of understanding

FINALLY, when I was close to 30, I was diagnosed with Delayed Sleep Phase Disorder, a circadian rhythm disorder.  I was working as a freelance contractor – trading lower pay, no health insurance and no career advancement for a more flexible schedule. But it was worth it to have a later start time and not live against my body clock.

A few years later, in a support group for night owls – which blissfully met at midnight in Berkeley – I learned of a study at UCSF that was researching circadian clock gene mutations for sleep disorders. I immediately joined and provided a blood sample, as did my dad. Two years later, I received an email from the study coordinator – they had discovered relevant findings in my family’s DNA!

Look out for the second part of this blog post in the Advocacy series…soon.

About the author: Alexandra Wharton is a board member and the social media liaison for Circadian Sleep Disorders Network and the chapter leader for Start School Later – Texas. She writes and tweets (@DelayedSleeper) about living with Delayed Sleep Phase Disorder at Delayed Sleeper.